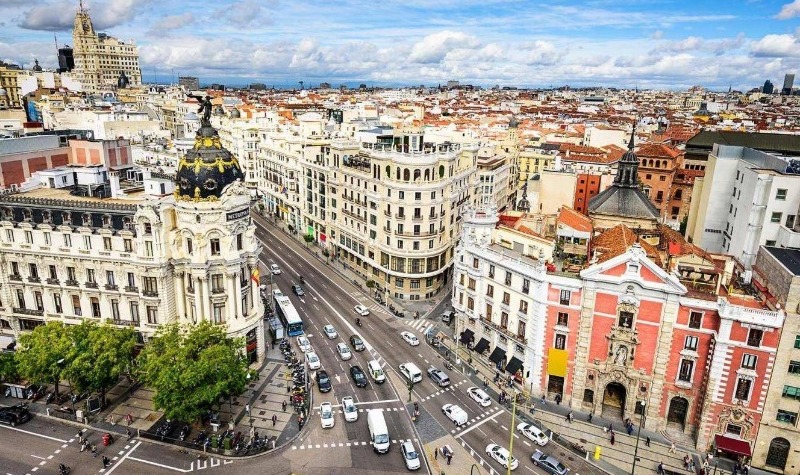 Spain offers you one of the best options to invest in real estate by buying land for sale, selling your property and create an enterprise in Europe, there are many other reasons to support this assertion but I will give you the best five.

Spain takes its real estate sector very serious and this necessitated its reform after the crises period called the “housing bubble”. The affordable cost of investing in real estate and fair price for properties makes it attractive for investors who want to buy houses at competitive price and sell with a good margin in the nearest future.

The boost in commercial activities and economic growth have led to an improvement in market confidence and provided opportunities for foreign investors to get better prices for their deals.

The country is experiencing a period of liberalization for foreign investment in obedience to European Union rules. So real estate investments have been simplified, all you need is time, knowledge and sufficient capital for buying any vacant land for sale or a vacant property.

Spain has provided an appropriate legislation that can stand the test of times for industrial designs, patents and trademarks. It is the second country in the world with more renewable energy patents per capita, leading giant economies like America in the receipt of technology patents, example, in solar energy field. This privileged treatment to patents and trademark has made the country an attractive destination for investment in technology and real estate.

In recent years in Europe, cost of salaries has been on the increase generally, but it has been reduced in Spain. A survey of other European countries showed an increase of about 11% in salaries, however, it has been proven that Spain personnel earns about 30% less.  This fact is verifiable, especially, in their automotive industry. This salary control gives them the competitive edge to build cars in their country and export to other places.

There are other factors that have made Spain a desired destination for real estate investors.  Culture and tourism have improved the hospitality industry in Spain. Every year over 80 million persons visit the country as tourists. It now earns billions of euros from tourism ranking it second in the world. Let us look at some things that have made its tourism great.

There are numerous UNESCO listed heritage sites, museums, festivals, concert halls and bull fights are also some of the activities that attract Foreigners during summer. This country is a haven of “beaches and sunshine”, with its massive Mediterranean coast, it is particularly good for water sports. It has about twenty nine winter water sports happening across the country. Baqueira-Beret is the most famous.

Sailing, game hunting, Gulf, fishing, horse riding, diving, rafting and paragliding are also popular, coupled with its numerous music and water park. Most Spanish cities offer varieties of leisure packages to its visitors, from large malls to creative souvenirs that are usually available during bazaars.

Spain is a country with robust Catholic values, it also has Jewish and Muslim culture and three have coexisted peacefully.